The examples below are considered critical annotations.  They contain a summary of the work, as well as an evaluation of its value, authority, how it compares to other works on the same topic, etc.  The critical portion of each annotation is in bold.

*IMPORTANT: The citations themselves are written in a version of the Vancouver style.  This is different than APA, MLA and Chicago citation styles.  Note that every line following the first line in each citation should be indented.  There should be no skipped lines between the citation and the annotation.

Here are some more examples, however due to formatting limitations there are no identations and there is a line between the citation and annotation.

Gulick J. The humanity of cities: an introduction to urban societies. Granby, MA: Bergin and Garvey, 2003.

This overview text uses empirical findings to describe aspects of life in cities and presents theories and interpretations of urban life. Each chapter addresses a set of issues of major concern to urban scholars, such as the evolution of cities, livelihoods, subcultures, and social problems. Included throughout are references to both the classic and contemporary literature in the field, culminating in a bibliography of over 500 items. The subject index is particularly well constructed, providing easy identification of topics such as AIDS and the homeless as well as individual cities and subcultures.

Herbert London, the Dean of Journalism at New York University and author of several books and articles, explains how television contradicts five commonly believed ideas. He uses specific examples of events seen on television, such as the assassination of John Kennedy, to illustrate his points. His examples have been selected to contradict such truisms as: "seeing is believing"; "a picture is worth a thousand words"; and "satisfaction is its own reward." London uses logical arguments to support his ideas which are his personal opinion. He doesn't refer to any previous works on the topic; however, for a different point of view, one should refer to Joseph Patterson's, "Television is Truth" (J Telev 1995 Nov-Dec;45(6):120-35). London's style and vocabulary would make the article of interest to any reader. The article clearly illustrates London's points, but does not explore their implications, leaving the reader with many unanswered questions.

Shane, the Director of Pharmacy Services at Cedars-Sinai Medical Center, Los Angeles, emphasizes that CPOE is only a beginning to eliminating medication errors.  CPOE may create provider complacency and may decrease the number of safety checks performed. Pharmacists’ roles have to be redefined with the introduction of a CPOE system.  A most helpful feature of the article is the “key planning issues” to analyze before moving forward with CPOE implementation.

Covers avoiding ageist bias in research, discussing objective research design and how to report what the research actually demonstrates without adding value laden assumptions. General emphasis on how to avoid ageist bias without any specific examples of ageism in research, but approach to ageist bias provides an alternative perspective to my own viewpoint.   [REMARK:  This is an example of an annotation that is written using incomplete sentences.  Note that although this is acceptable, it normally would not be good form to mix this type of writing in a single bibliography in which the other annotations are written in complete sentences.] 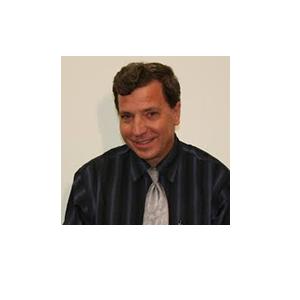