A guide to using the British Parliamentary Papers, which describe the activities

This guide is intended to provide background information for and walk students through the process of using the British Parliamentary Papers as sources at Farley Library.

The working documents of a session of Parliament. There are three sub-categories of Sessional Papers:

Committees investigate a subject, often pertaining to a particular bill, and provide a report to Parliament.

Papers presented to Parliament by governmental ministers (the executive branch of the British Government).

Record of discussion and debate on the floor of Parliament.

Record of proceedings and decisions made in Parliament.

Using the Parliamentary Papers as a Primary Source

The Parliamentary Papers provide detailed primary source material on British monetary policy and trade and industry. To locate them, Search the Classic Catalog for "IUP library of fundamental source books", the series name for the version of the parliamentary papers held at Wilkes.

Once you have searched for our parliamentary papers, click the title of an individual volume to view its contents. Look for the location and call number to locate the volume in the library, and use the information the overview box on this page to help interpret your the primary material. 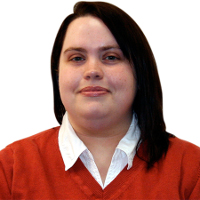